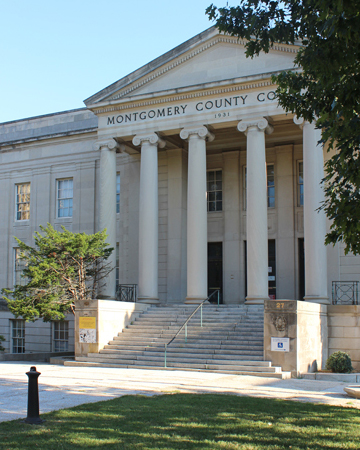 Barry Fierst and Stephanie Fink met in 1984, when their sons attended the same preschool. Stephanie and Barry shared the experience of attending The University of Maryland School of Law part-time in the early nineties while working and raising their families, with the help of their extremely supportive spouses. Stephanie graduated from law school two years after Barry.

What is now Fierst & Fink, P.C. began in 1994 as the Law Office of Barry R. Fierst.  Before Barry became a lawyer he was a social worker. As the Executive Director of the Jewish Foundation for Group Homes from February 1984 to June 1993, he gained extensive knowledge of the benefits and services available to persons with disabilities.  After he started his law practice, he realized that he could use that knowledge by practicing in the area of estates and trusts, and in particular, estate planning for families who have family members with disabilities.  Barry is proud to have drafted the first d(4)(a) Special Needs Trust (a trust that allows persons with disabilities to keep certain assets that would otherwise have to be spent down before qualifying for benefits) to be approved by the Office of the Attorney General of the State of Maryland in 1994.

By May of 2000, Barry's estates and trusts practice had grown to the point at which he no longer had time to handle the family law matters that were referred to him.  Stephanie had five years of experience as a family law attorney and joined him as an associate in May of 2000.  Barry and Stephanie formed Fierst & Fink, P.C. as a partnership on January 1, 2002.  Stephanie has continued to focus her practice on family law, but has added guardianships for adults with disabilities as a significant part of her practice.

The Fierst and Fink family tradition continued in September of 2014 when Barry's son, Shai Fierst (the same son whose friendship with Stephanie's son brought Barry and Stephanie together), joined the firm as an associate. Shai became a partner in January, 2017.

The firm’s newest attorney, Michael Gerton, joined in 2019. A longtime colleague of Shai, Michael’s prior professional focus on the rights of students with disabilities now provides clients of Fierst & Fink with another valuable resource.

Our staff also includes Dora Jurado, our administrative assistant, and Debra Moon, our paralegal.  We strive to maintain an atmosphere of warmth and camaraderie in our office, as one would expect at a family run and oriented law firm.